“The idea for the THE SEA DRIFT began with my and Amy’s mutual love of Tony Joe White,” says Delines guitarist and songwriter Willy Vlautin. “We used to have conversations about his records and she’d always joke, ‘Just write me Rainy Night in Georgia.’ Jesus, what a tall order, but I guess in my own way I started trying.”

“Growing up,” adds singer Amy Boone, “two of my favorite songs on the radio were Brook Benton's version of Rainy Night in Georgia and Bobbie Gentry's Ode to Billie Joe. I'd never heard Tony Joe White until my early twenties. I remember this old timer saying to me, ‘Girl, you mean to tell me you've never heard the original of Rainy Night in Georgia?’ That's what I loved about Austin, people actually cared about the songwriters as much as the players. The next day I went out and bought a Tony Joe White album.  I remember reading where Tony Joe said he was so influenced by the realness of Ode to Billie Joe that he set out to write a song that was real to him and that song turned out to be Rainy Night in Georgia.  So when Willy said he wanted to use White's song as an inspiration for the Delines' next record, I was instantly hooked on the idea.”
With the seeds of THE SEA DRIFT planted, Vlautin and Boone began talking about the ideal setting for the songs – Texas, where Amy lived for years, and also the Gulf Coast, which they both love. Vlautin started writing songs set in that area and soon the band decided to create a whole record in that world, a record drifting up and down the Gulf Coast.
“I think the songs on THE SEA DRIFT have the kind of ‘realness’ that Tony Joe was after, romantic realism,” says Amy. “When Willy would talk to me about his new batch of songs set on the Gulf Coast I remember thinking, is he talking about The Delines' next record or is he writing a screenplay?"
Using longtime producer John Morgan Askew and working for the first time in his new studio, Bocce, the band leaned on the rhythm section of bass player, Freddy Trujillo and drummer Sean Oldham to get the sound right. Vlautin says, “With Freddy you have one of the best soul bass players around and Sean’s a seriously cool jazz drummer and a great arranger. Together they’re so damn good and they created the groove and feel of record. THE SEA DRIFT sessions were also the first time since Amy had been injured that she felt strong and confident in the studio, and you can really hear it on this record. There’s strength to her voice, the strength of someone who’s overcome a lot of trauma and pain. This record has her best vocal takes to date. They’re just amazing.”
THE SEA DRIFT also features Cory Gray’s trumpet and string arrangements as well as two original trumpet instrumentals. “When he brought in the two laments, I was just floored,” says Vlautin. “And with them we immediately knew how to end each side of the record.” Gray adds, “I worked up some arrangements that gave a nod to a traditional soul sound. THE SEA DRIFT is our most visual record yet. The lyrics are vignettes and the instrumentation, including the dramatic string and horn parts, are meant to evoke the mood as if it were a film.”

THE SEA DRIFT is the world of the Delines set on the Gulf Coast. From Little Earl, the tale of two brothers fleeing a convenience store after a shop-lifting-gone-wrong-incident, to Drowning in Plain Sight, where a middle-aged woman drives aimlessly outside of Galveston unable to go home to her waiting family. In All Along The Ride you’re in the car as a couple’s relationship disintegrates on a drive back from Corpus Christi. There’s the cinematic Surfers in Twilight, the tale a woman leaving work to find her boyfriend arrested on a seaside boardwalk to the 60’s pop of Kid Codeine and the soul romance of Hold Me Slow and Saved From The Sea. Past the Shadows is the self-destructive dream of the never ending night and This Ain’t No Getaway is an edge-of-your seat domestic drama where a woman gets the last of her belongings from an abusive boyfriend’s apartment declaring, “Even if the police are called, I’m gonna leave not escape, because this ain’t no getaway.”

The Delines are led by vocalist Amy Boone (The Damnations TX), with keyboardist and trumpeter Cory Gray, drummer Sean Oldham, bassist Freddie Trujillo, and guitarist Willy Vlautin (Richmond Fontaine). Vlautin is no stranger to critical acclaim in the US, UK, and Europe, enjoying cult success and rave reviews from the likes of the New York Times, Uncut, Hot Press, Rolling Stone and Mojo Magazine, both as a novelist with six books under his belt, and as the former front man of alt-country outfit Richmond Fontaine.
The Delines debut record, COLFAX, appeared in 2014 and surprised fans and critics alike. Evoking a beat-up Dusty Springfield or a weary Rickie Lee Jones, COLFAX made over a dozen top ten lists. It was a four-year wait until their sophomore effort, THE IMPERIAL was released. Amy spent much of that time in hospital beds recovering from serious injuries sustained in an accident in Austin, Texas. When she was just strong enough to stand she finished THE IMPERIAL, a record that spent two weeks on top of the UK charts with the band playing sold out shows across the UK and Europe. 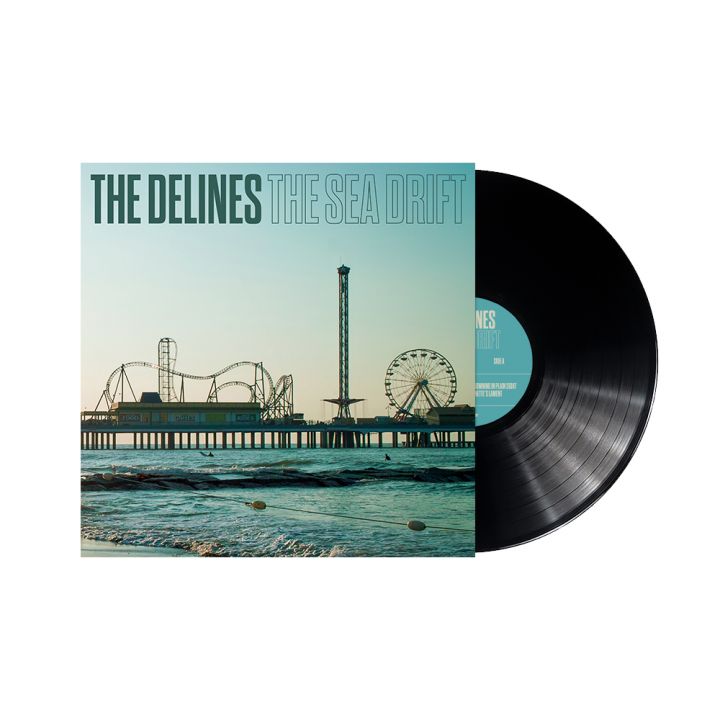 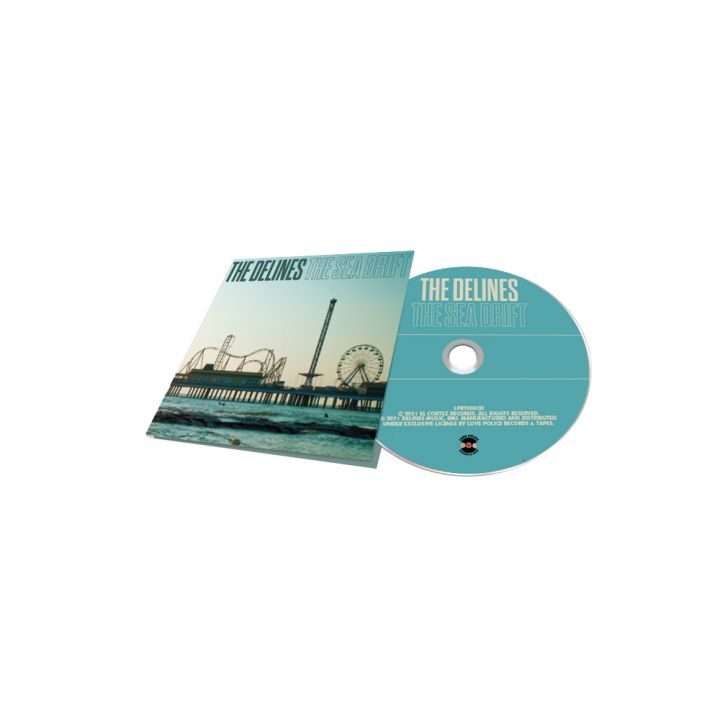 The Delines THE SEA DRIFT CD
$25 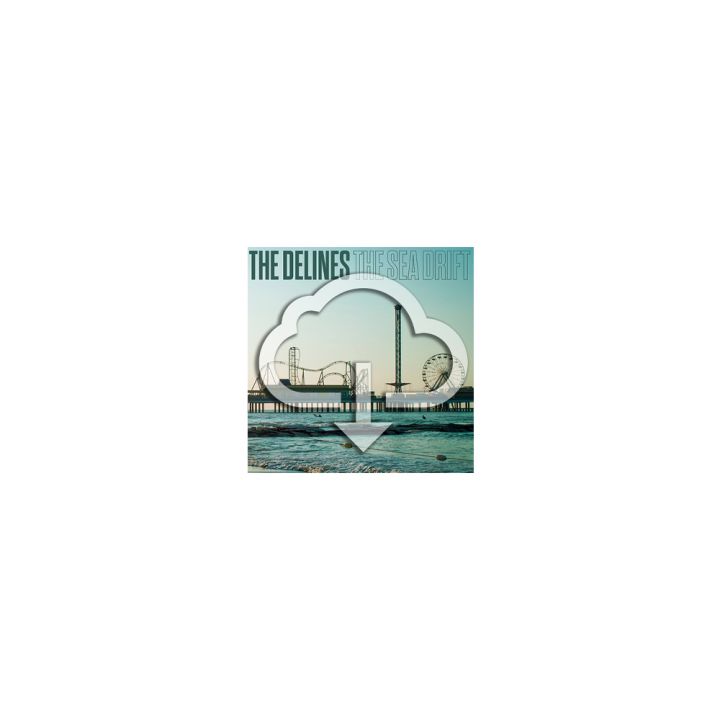